If Statistics Lie, Colors Can Be Made To.

The real truth belied by the Leftist Lie (“The State is greater than the individual”) cannot be disclosed in the media, therefore, Leftist U.S. States are “True Blue”. Conservative U.S. States are “Red” (bloodletters).

The yellow and dark blue colors have not yet been made to lie, in the Marriage Equity / Defense of Authentic (vs. Counterfeit) Marriage conflict.

They still declare themselves openly.

Every little child intuitively understands the principle, that sexual privacy is the secret at the core of the person which cannot be violated without degrading the fundamental sense of self-worth—Planned Parenthood very well knows it as much as Charlie Manson does.

May 23, 2013 (STOPP.org) – When I walked into this year’s Oregon Adolescent Sexuality Conference in Seaside, Oregon, one of the first things I encountered was a table manned by three young teen boys. On the table was a collage that included many depictions of totally bare female genitalia—obviously pornographic and, one would think, illegal.

A key component of Charlie Manson’s technique to gain homicidal control of his followers was that each and every one must be systematically sexually degraded, in an exercise that he termed “getting scared”.

“Everyone can come inside” are the words visible along the outer edge of the piece, which appeared to be a decoupaged plate.

The boys smiled nervously as hordes of teens, who had arrived for what some described as a field trip, passed the display table. Planned Parenthood was on the steering committee of this conference.

Catholic tradition describes this tendency to conceal sex as “modesty.” It is a certain kind of shame. We would do well to understand what it is and what it is not. In his book, Purity: The Mystery of Christian Sexuality, Dietrich von Hildebrand distinguishes between different kinds of shame. Some kinds of shame are, in fact, a reaction against what is “disgraceful or ugly.” Yet not all shame is so. Some kinds of shame are a form of reverence. For example the French word pudeur is translated into English as “shame”; however, it has the nuance of “holy bashfulness” for which there is no equivalent in English. – Mary Victrix, In Defense of Purity

The booth belonged to Youth for Education and Prevention of Sexual Assault (YEPSA), a supposedly teen-led initiative from Eugene, Oregon. At a booth whose stated mission was the prevention of sexual assault, I could only wonder why the teen boys would be manning a table containing graphic pictures of female genitalia, suggesting that “everyone can come inside” a pigtailed little girl on a tricycle.

With that question in mind, I checked on the Internet and found that the group puts on performances, the first of which was The Vagina Monologues. The students stated they just finished a run of a play that they wrote about the life struggles of a transgendered woman. They have a transgender education panel coming up, and they do art shows around teen sexuality and gender.

The pot doctor has a backache. As Mahmoud ElSohly, shakes my hand, he’s wincing. Two days ago, ElSohly—the director of the University of Mississippi’s Marijuana Project—bent down the wrong way and threw out his back. And unfortunately, this morning’s visit to his chiropractor didn’t help him much.

Ironically, just outside ElSohly’s office in the Waller Complex—behind bolted doors, coded chambers, and security cameras—lies a government-guarded farm where acres of a pain-relieving drug grow in his care. Only Elsohly isn’t thinking about lighting up: He knows too much. END_OF_DOCUMENT_TOKEN_TO_BE_REPLACED

Dr. Lopez, I appreciate your comments and your experience. It is a valuable voice in this debate, and, as a Catholic priest with gay friends, whom I love dearly, it is good information. However, I notice that you discount rather severely the opinions of pediatricians and psychologists who, although as influenced as any by the world they live in, do base those opinions not solely on personal experience, but more objective studies with analyses of multiple case situations. Reading the link on your personal story, it seems to me that your upbringing was more as a child of divorce, than of two lesbian parents (you mention that your mother’s lover didn’t move in until you were 18-19, a legal adult). Your feelings of abandonment, and loss of a father figure would seem to be present regardless of whether your mom was seeing someone else, regardless of sex. Have you considered how your opinion may be different had you never known your father, but instead had been raised from earliest memory by two women? That seems to me to be the primary question before the state, and the one that needs to be addressed.

And if you have been amassing testimonials from other children of same-sex households, could you not amass those comments into a formal study. Any grad psych student should be able to help you in converting text to researchable data.

Just a thought. God bless you.

Gosh, Fr. Paul, it seems like the Mark Regnerus study is not based “solely on personal experience, but more objective studies with analyses of multiple case situations”.

…to Sacra Pizza Man’s comment “go easy on this guy”:

Thanks for your email. I am not discounting the voices of psychologists and pediatricians per se. I am discounting the consensus that’s been put forward, which is not real. There are many psychologists and pediatricians who have contradictory data and they have been hounded out of academic life if they do not endorse the LGBT line, so their work has been excluded from the “consensus.” END_OF_DOCUMENT_TOKEN_TO_BE_REPLACED

Same Sex Parenting: What Do the Children Say?

During the oral arguments about Proposition 8, Justice Anthony Kennedy referred to children being raised by same-sex couples. Since I was one of those children—from ages 2-19, I was raised by a lesbian mother with the help of her partner—I was curious to see what he would say.

I also eagerly anticipated what he would say because I had taken great professional and social risk to file an amicus brief with Doug Mainwaring (who is gay and opposes gay marriage), in which we explained that children deeply feel the loss of a father or mother, no matter how much we love our gay parents or how much they love us. Children feel the loss keenly because they are powerless to stop the decision to deprive them of a father or mother, and the absence of a male or female parent will likely be irreversible for them. END_OF_DOCUMENT_TOKEN_TO_BE_REPLACED

Same-Sex Attracted People, And Others On The Left Who Dissent From The Current Ideological Orthodoxy

ROME, May 2, 2013 (LifeSiteNews.com) – While pro-family advocates have noted the incredible rate at which the homosexualist movement has gained the political upper hand in the last five years, others are voicing concern about the shrinking “social space” in the public discourse for those who still object to “gay marriage.”

Some pundits on the left and the center-right are warning that as the homosexual movement gains legislative ground, the freedom to object is narrowing and those holding out against it are increasingly under threat. The stunning advances made by the “gay movement” some are saying, is not a triumph for social freedom, but for an increasingly brutally enforced social conformism.

Left-libertarian British journalist Brendan O’Neill warned in a column in Spiked, that in 20 years of writing on political issues, “I have never encountered an issue like gay marriage, an issue in which the space for dissent has shrunk so rapidly, and in which the consensus is not only stifling but choking.” END_OF_DOCUMENT_TOKEN_TO_BE_REPLACED

An extension of the Hate Crimes law recently passed the House of Representatives which will essentially codify into national law the “speech codes” that are smothering academic freedom on college campuses today. This law is the back door method Obama and his fellow socialists will use to stifle free speech in this country, as explained in an informative article by Jerry Kane at American Daughter.

To heck with the “Fairness Doctrine.” Who needs to limit censorship to the airwaves? This legislation will silence anyone who disagrees with them.

Hate crimes legislation has its roots in the communist-inspired, so-called Frankfurt School founded in Frankfurt, Germany by Bolsheviks in the 1920s. Its goal was to implement communism in the West quietly by gradually subverting popular culture — a movement known as Cultural Marxism. One of its leading lights, Herbert Marcuse, opined that the prevailing Western social order is repressive by definition and discriminates against minorities simply by existing.

This creates a phenomenon he called “repressive tolerance” because even though other views are allowed within Western culture — you know, by that insignificant little old thing called the First Amendment — the Capitalist view is still permitted. It goes without saying that Marcuse considered that to be unacceptable.

…”partisan tolerance,” i.e. tolerating the views of those “repressed minorities” only — who Marcuse assumes share his partisan hatred for everything noncommunist — while actively muzzling the views of the majority.

Instead, he proposed what he called “partisan tolerance,” i.e. tolerating the views of those “repressed minorities” only — who Marcuse assumes share his partisan hatred for everything noncommunist — while actively muzzling the views of the majority.

So now we have a word for Democrats’ eye-popping hypocrisy when they wrap themselves in the mantle of free speech while simultaneously attempting to suppress non-Leftist ideas. We have a word for the Left’s double standard in championing “repressed minorities” only when those minorities share their politics, while savaging principled, accomplished minorities like Clarence Thomas, Thomas Sowell or Janice Rogers Brown. We have an explanation for why so many college campuses, supposedly the society’s heart of open-minded intellectual inquiry, actively, even violently intimidate conservative speakers — when they let them onto campus at all. END_OF_DOCUMENT_TOKEN_TO_BE_REPLACED 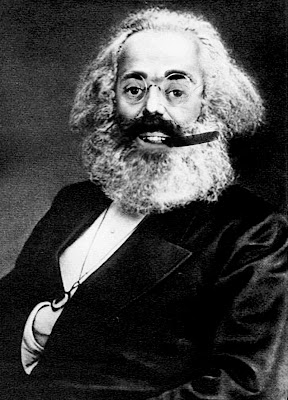 Who are you going to believe, me or your own eyes?

I never forget a face, but in your case I’d be glad to make an exception.

Those are my principles, and if you don’t like them… well, I have others.

Now there’s a man with an open mind — you can feel the breeze from here!

I was going to thrash them within an inch of their lives, but I didn’t have a tape measure.

You know you haven’t stopped talking since I came here? You must have been vaccinated with a phonograph needle.

I cannot say that I do not disagree with you.

I’m not a vegetarian, but I eat animals who are.

Q: What do you get when you cross an insomniac, an agnostic, and a dyslexic?
A: Someone who stays up all night wondering if there is a Dog. END_OF_DOCUMENT_TOKEN_TO_BE_REPLACED